A walkaround of this Salpa Soleil RIB with twin Mercury outboards.

This video shows a Tornado® 7.8m High Performance Rigid Inflatable Boat. It is customized with a lot of cool extras, e.g.

The new Nordkapp Airborne-series is a new generation RIB, based on the DNA of the sports-oriented Nordkapp Boats. This means focus on sporty driving features, smart solutions and high quality, which we have shaped into one of the best boats we have ever made!

One year ago a Humpback whale was saved from drowning after being entangled in a fishing net.

The Humpback was spotted in a whale watching tour from Dalvik in North Iceland. Rescue mission was planned on the way back as Freyr Antonsson owner of Arctic Sea Tours whale watching and four members of the Rescue team in Dalvik hurried to the scene.

After monitoring the situation they began cutting and working towards freeing this giant whale. “We had been out in a whale watching tour in the morning and it was very clear to us straight away that something was wrong.

The Humpback was always in the same place, not diving, not lying still, always agitated, when we came closer we saw a buoyancy and the net was visible around the fluke, across the body and inside the mouth” says Freyr.

With a guidance from the members of Emergency Response Team on whales in danger in Iceland, the team began freeing the Humpback. Slowly they got closer and closer getting a grip of the net and step by step cutting one meter away.

All the time as we were almost on top of this gentle giant, just once the whale touched the boat. As seen in the video the whale was very careful when raising its head or fluke around us” says Freyr.

The Humpback whale was spotted at 10:30 in the morning and then it was free from entanglement at 14:30. Great team effort and still it gives warmth in the heart to being able to save one of our dearest Humpback whale.

This video shows the sea trials of a spectacular Narwhal FAST 1200, specially designed for EYOS Tenders, whose clients will be taking the boat as one of many support / sightseeing craft on their Voyage through the Canadian Northwest Passage this summer.

RIB with aluminum hull and D-tubes made to measure for Maritime Rescue.

Developed based on the Vanguard TX Series, they are 7.5 meter long vessels equipped with 150hp engines, a deep V military design hull to operate in open waters and specifications for rescue, intervention and rescue on the high seas. 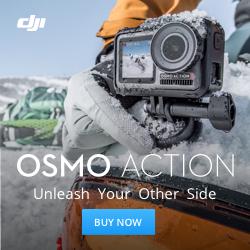 Join our RIBs ONLY community on Facebook (13,490+ members) and meet other passionates. Click on the image below.